Bitcoin is a peer-to-peer digital currency that exists on a decentralized network of nodes. There’s no centralized authority that can stop Bitcoin or shut it down.

As Satoshi Nakamoto wrote in the Bitcoin whitepaper:

What is needed is an electronic payment system based on cryptographic proof instead of trust, allowing any two willing parties to transact directly with each other without the need for a trusted third party. Transactions that are computationally impractical to reverse would protect sellers from fraud, and routine escrow mechanisms could easily be implemented to protect buyers.

While no one controls Bitcoin, the digital currency is supported by a community of developers, miners, businesses, and users — and these entities very much exist within the realm of governments and laws.

As Bitcoin has grown and matured, so has the complex question of how Bitcoin can fit within regulatory and legal frameworks. Legal action concerning digital currencies was originally focused on deterring illegal usage of Bitcoin such as drug-dealing or money-laundering. Over time, however, as Bitcoin has developed greater legitimacy as both a technology and an asset class, we’re seeing a broader legal effort to define a regulatory framework around it and protect investors.

In this article, we’ll take a look at some of the landmark court cases in Bitcoin history, from the infamous Silk Road bust to Bitfinex’s impending case with the New York Attorney General. Let’s dig in.

In 2012, Trendon Shavers, under the internet handle “Pirate@40,” posted to the Bitcoin Talk forum. He claimed that he was selling Bitcoin to local buyers. He was creating a business called the Bitcoin Savings & Trust that would allegedly offer investors a guaranteed daily profit of 1% for providing liquidity to these buyers.

Over the last few months I have been selling BTC to a group of local people. Now this is a don’t ask don’t tell group of people so I can’t tell you exactly where and to whom the coins ultimately end up with but so far its been pretty painless. During this last week I maxed out my available coins both personally and “leased” from other members and they needed a lot more. Up until now, I have dealt with my core group of friends and been able to handle the requests, but they seem to be getting larger and more frequent. So now I’m looking into other methods for keeping a consistent storage or on-demand availability of coins.

As is often the case with online investment schemes promising a fixed return, the Bitcoin Savings & Trust turned out to be nothing more than a way to separate unsophisticated investors from their money. In 2013, the SEC charged Shavers with fraudulently acquiring over 700,000 BTC through the Bitcoin Savings & Trust, which turned out to be a Ponzi scheme. Shavers was simply taking new deposits from investors and using them to pay out withdrawals by older investors.

The Shavers case is interesting because it is one of the first examples of a legal case in Bitcoin for defrauding investors.

It is clear that bitcoin can be used as money. It can be used to purchase goods or services, and as Shavers stated, used to pay for individual living expenses. […] it can also be exchanged for conventional currencies, such as the US dollar, Euro, Yen, and Yuan. Therefore, Bitcoin is a currency or form of money, and investors wishing to invest in BTCST provided an investment of money.

Mazzant’s statement was interesting because it recognized the potential of Bitcoin to operate as a form of money. This went counter to guidance released by FinCEN in 2013, which stated that Bitcoin wasn’t considered a currency. The SEC vs. Shavers trial exposes some of the difficulty establishing legal guidance in Bitcoin’s early days in adapting an existing legal framework around a new, virtual currency.

Ross Ulbricht, under the online pseudonym “Dread Pirate Roberts,” was responsible for creating the Silk Road. The Silk Road was the first and largest Darknet market, infamous for allowing users to purchase illegal drugs through Bitcoin. It was launched in 2011, and by 2013, there were reportedly over 10,000 different goods available on the Silk Road.

Early on in Bitcoin’s history, the Silk Road was actually one of the few places where people could spend BTC or have a real use-case for the digital currency. Unfortunately, this cast something of a pall upon Bitcoin in the early days and gave it a reputation for facilitating illegal activity.

In October 2013, the FBI arrested Ulbricht in San Francisco and charged him with money laundering, hacking, and conspiracy to traffic narcotics. At his trial two years later in January 2015, Ulbricht was ultimately convicted of seven different charges and sentenced to life in prison. Following the Ulbricht case, the U.S. government revealed that it had seized around 144,366 bitcoins from the Silk Road and sold them at auction for around $48 million.

In June 2018, the U.S. Supreme Court revealed that it would not reconsider Ulbricht‘s sentence, which means that only a presidential pardon is capable of freeing Ulbricht. While many on the more libertarian spectrum of Bitcoin’s community to this day argue against the decision, the ruling marked an important chapter in Bitcoin’s history. The continued existence of the Silk Road and Dread Pirate Roberts led many to associate cryptocurrency with the “Wild West” — an anarchic sensation outside the scope of the law. With the sentencing of Ulbricht, this was coming to an end.

In April 2019, the New York Attorney General (NYAG) filed a complaint against iFinex, the parent company of cryptocurrency exchange Bitfinex. The complaint accuses Bitfinex of misappropriating $850 million in company and client funds and plugging in the hole with $900 million in cash reserves from the stablecoin Tether. In another filing, the NYAG also accused Bitfinex of illegally allowing New York State residents to use the exchange.

Second, it has long been alleged that Tether has been used to artificially inflate the price of Bitcoin, particularly in the 2017–2018 cryptocurrency rally. The discovery that Bitfinex withdrew $850 million from Tether’s cash reserves could show that the stablecoin is not fully backed by cash — contrary to the claim that Tether had long maintained.

The pending court case promises to shed more light on both these areas. If the court finds that the NYAG has jurisdiction over Bitfinex, it could have ramifications for other exchanges that are supposedly closed off to New York residents but likely have a good deal of usage from them. It also promises to help unravel the mystery behind Tether.

In 2017, the messaging startup Kik raised $98 million through an initial coin offering (ICO) to develop a new blockchain protocol and ecosystem around the messaging app. Kik is currently facing a lawsuit from the SEC over the ICO claiming that, in doing so, Kik was selling securities without being compliant with federal securities law.

In the initial lawsuit filed on June 4th, 2019, the SEC accused Kik of planning a token sale because the business lacked the ability to generate revenue on its own and failed to find new investors. They wrote:

Under the federal securities laws, Kik offered and sold securities from the initial May 2017 announcement of Kin through September 2017. But, Kik has never filed with the SEC a registration statement for its offer and sale of securities. By failing to prepare and file a registration statement, Kik did not provide important information to investors regarding the investment opportunity promoted by Kik, such as information about Kik’s current financial condition (including that the company’s expenses far exceeded its revenue), future plans of operation and budget, the proposed use of investor proceeds, and detailed disclosure of material trends and the most significant factors that made the offering speculative and risky.

The lawsuit charged Kik with conducting an $100 million illegal securities offering in the form of a token sale. While Kik responded in August with a 117-page defense, challenging the SEC’s narrative that pivoting to a token-sale was a “hail mary” to save a floundering business. The lawsuit has yet to be resolved; however, it was enough to cause Kik to announce that it was shutting down its messaging application.

The result of the case will likely have large ramifications for the digital currency space at large. The Kik action is unusual in that it is focused on a regulatory violation — namely that Kik allegedly violated securities regulation in the U.S. by launching its token sale without registering with the SEC.

Stephen Palley, a partner at law firm Anderson Kill, remarked, “This is a straight up ‘you didn’t register,’ this isn’t securities fraud, the allegation here is ‘you had a security and you didn’t register it.’”

If the SEC wins, it is likely that many other ICOs that launched in 2017, similar to Kik, may be found guilty of securities violation.

Navigating the road ahead

Examining these court cases over time gives us a glimpse into the evolving jurisprudence around Bitcoin. In Bitcoin’s early days, legal action was mostly directed at prosecuting criminal and fraudulent uses of Bitcoin before shifting to more complicated questions around investor protection and securities law.

Looking at the road ahead, there is still a ways to go and a multitude of unanswered questions. Different regulatory bodies such as the SEC, FinCen, and the IRS have different jurisdictions over and conflicting definitions of Bitcoin. While the SEC doesn’t define Bitcoin or Ethereum as securities, it’s unclear how this might apply to other major cryptocurrencies. There are interesting questions around whether blockchain-based cryptocurrency systems can comply with privacy regulations. While Bitcoin may be decentralized technology, addressing these challenges and developing frameworks around them will go miles in terms of attracting businesses and users to the sector. 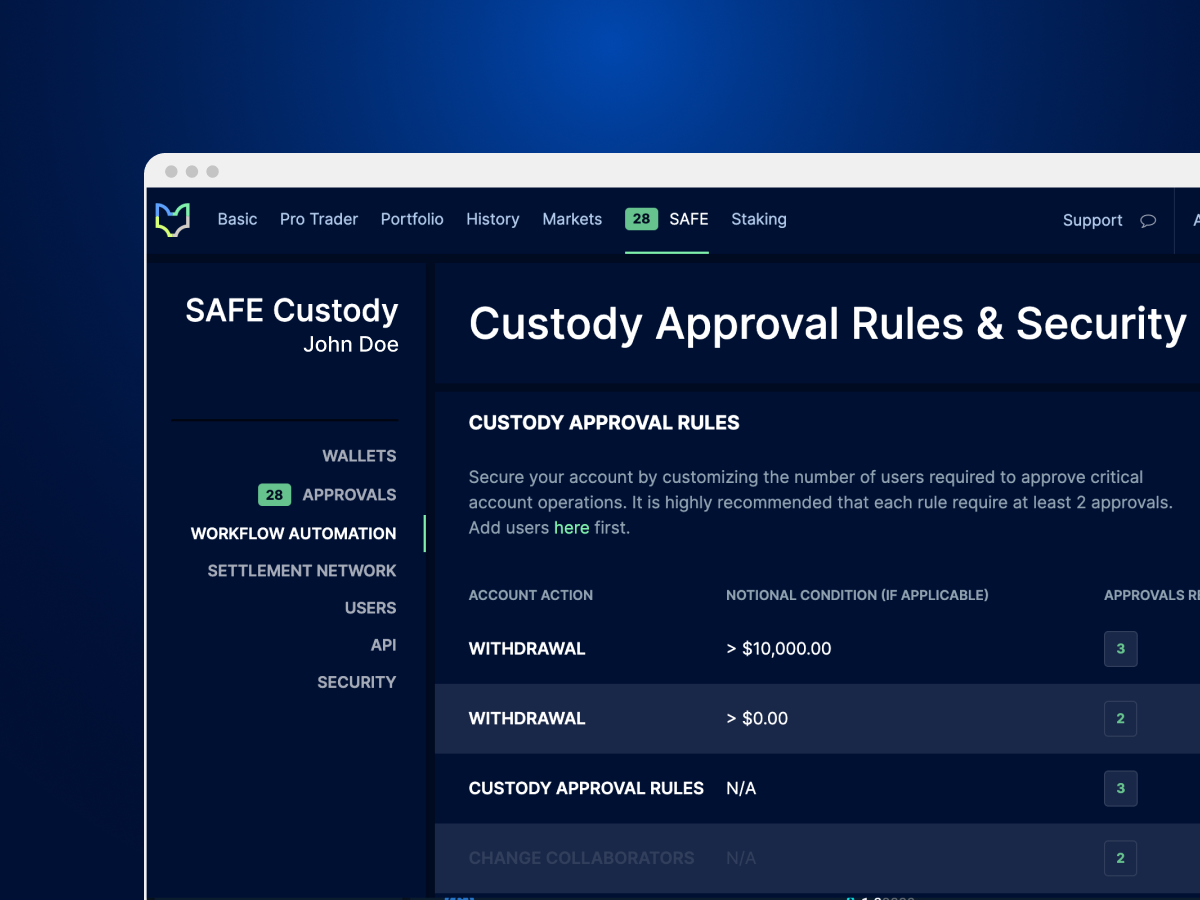